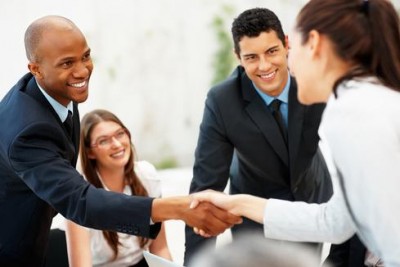 Lately, I’ve been talking with a number of people who are frustrated due to not being promoted. These conversations are the genesis for this article.

Did you know that almost 40 percent of new executives fail within 6 to 18 months?

What can you do to avoid becoming part of this statistic?

I’ve talked with many up-and-coming executives that believe “I’ve got this handled.” Although they were able to talk their way through the interview process, they did not convey the management, decision-making, and communication skills required to succeed as an executive. Some simply were not ready and did not know why.

Remember, you won’t have time to acquire these required skills after you are promoted since decisions at the executive level impact the entire company in real time.

What are the top 3 skills to learn before becoming an executive?

1. Do you have the emotional intelligence required?

A mid-level manager, a GenXer, felt in his heart and mind that he was ready. He thought he had done the work, but, found out after he received his promotion that his new boss expected him to directly resolve sensitive client and employee controversies. Before his promotion, his former boss had resolved sticky situations. As a result, he lacked the experience, skills, and relationships to get issues resolved. Three months later, he was fired after a major client threatened to leave.

As an executive, you are an advocate for the entire company. It’s a huge job, and, at times, requires you to make unpopular decisions. Your ability to build relationships and communicate effectively is built over time, not in the moment. Additionally, strong financial skills are required and can be learned by starting with the basics.

A mid-level director wanted to become an executive. But, she believed the executive team was “too male-oriented” for her to be accepted as an executive. Instead of hiring a coach and spearheading a campaign for her promotion, she kept waiting for the right time. That time never came and she left after a company merger.

What prevented her from becoming an executive? She lacked the willingness to take a risk and become her own advocate.

Moral of the story…hire the right coach for you, even if you have to pay for it yourself! It will be money well spent.

With the right coach, you will:

Believe it or not, these stories are common and can happen to you! As an experienced coach, my advice to you as an aspiring executive is to prepare before the executive level promotion becomes available.

Jeannette Seibly is an experienced award-winning executive coach. She has been a champion for people achieving results for the past 26 years. Her clients have created more fun, 6-figure incomes, and success when working through confusing situations. Develop your executive persona and avoid being sidelined.  Contact Jeannette for straight talk with dynamic results.

When you want to give up, remember, it’s not about whether you win or lose. It’s about your attitude towards winning. Learn more: http://bit.ly/WinningResults @womengrow @IEEESpectrum #talk #conversation #communication @womenintech #emotionalintelligence #coaching #introverts