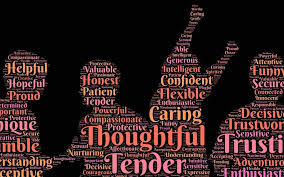 I’ve talked with many bosses and business leaders who have lamented that their talented performers are not promotable. What they say is that their personal values are not in sync with the professional values and expectations they have for successful future leaders.

Professional values inside a company are often unwritten, yet, you are expected to abide by them as you move higher in a profession, company, and industry. Also, many executives and boards send confusing messages. They overlook poor values as long as the results are being produced or there is the “right” excuse. This makes it harder to learn the level of professional values expected.

Accept the challenge…read the following story and look for what you would do differently?

DeeDee, a fast-rising sales manager, also enjoyed vaping and smoking other substances. She would disappear several times during the day for a smoke or two. She believed this calmed her and improved her ability to handle customer needs.

Her boss, Tom, had heard of DeeDee’s smoking habit. He turned a blind eye, even though her personal values violated the company’s “no smoking policy.”   DeeDee surpassed quarterly sales quotas and made him look good as a sales director. He allowed her to do her job as she wanted and only got involved to resolve complaints.

This façade lasted until DeeDee landed a major client…a much bigger client than she normally managed. Then, everything changed.

The major client expected DeeDee to honor her promises and fulfill the contract. But, DeeDee’s personal values of doing what she felt was right for her overrode the professional values expected by her company and her new client.

Her personal values didn’t include responding to client’s calls whenever they needed to talk with her. She excused missing deadlines as no big deal. She ignored calls if she felt the issue was mundane and sent short emails or texts hoping they would stop bothering her. These bad habits only frustrated the client since their questions were not completely answered. These missed deadlines impacted the client’s company and their customers!

It wasn’t until the client threatened to cancel their contract that her boss Tom finally paid attention.

After talking with his VP, Tom assigned Tony, a customer service manager, to act as an intermediary between DeeDee and the client. But, Tony resented having to do DeeDee’s job. She wasn’t qualified to efficiently and effectively handle this size of a customer. Also, he knew DeeDee’s sales commissions were not going to be shared with him!

Tony’s complaints landed on deaf ears. After all, one of the company’s professional values is everyone needs to be a team player when working with major clients.

To make matters worse, DeeDee signed an apartment lease that stated, “No smoking or vaping of anything.” She ignored it and blamed her neighbors for reporting her. One of the neighbors was on the new client’s team. When he shared the situation with his team, his company immediately canceled their very large contract.

What would you have done to ensure a better outcome? Take this challenge to your next company meeting and look at it from each person’s POV (Tom, DeeDee, Tony, Sales VP, and major client) to create the best game plan.

Jeannette Seibly is an award-winning champion for people and results. For the past 26 years, she has guided bosses and teams to excel. Want to clarify your professional values and be promotable?  Contact Jeannette today for straight talk with dynamic results.

How does a positive work ethic make you a better boss?