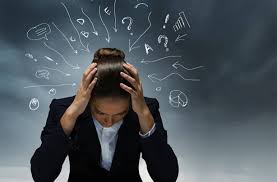 All ideas are not created equal.

Remember, ideas are only as good as the team and their project manager.

So, Why Are Good Ideas Sidelined?

How to Improve Generating Good and Achievable Ideas

Devin had project management success. It’s why he was hired to lead a team in designing and executing a new project for a new association. But, his new board missed a key factor when hiring him…Devin was a DIYer. He had poor facilitation skills and ignored others’ comments. When the new project failed to launch due to lack of interest and funding, the board brought on new team members. Finally, one of the members exclaimed, “I don’t get it. What is the purpose and goal of this idea?” She took it upon herself to clarify the purpose and goal, along with the team. With effective communication and everyone on the same page, the project succeeded.

Communication is everything. When you fail to share your ideas in a way that can be readily understood, you lose support and money. Hire the right coach to guide you and the team in designing a message that clarifies your idea and resonates with your products and services.

Bad Idea, But, Everyone Went Silent

This happens often. When a boss (or anyone idea) has a bad idea, most team members are afraid to stand up and speak up. As a result, a lot of time, money, and attention is spent on something that won’t work. Sometimes these types of ideas only need tweaks, other times, they need to be scrapped.

As the boss or idea generator, use one or two independent sounding boards to bounce off ideas. Allow them to ask questions, dig deeper than the team may feel comfortable doing themselves. The key is to listen and learn. Many good ideas derail due to circular logic about why something “should work” but won’t.

Great Idea, But, Before It’s Time

I remember years ago wanting to put together an executive HR group. The person I shared my idea with nixed it. A year later I shared it with a different person. She ran with the idea. The executive HR group is still flourishing today.

Sharing ideas can be two-fold. You may share with someone fearful of stretching beyond their comfort zone or someone who fears any political repercussions. Regardless of why, they are afraid of being part of a new idea that has not been successful elsewhere.

Make sure to develop your ideas on paper to get them out of your head. Be clear about “why the idea is important” and create a story to support it. Then share with others. This is a great opportunity to learn about any challenges or other solutions. Remember, this is not the time to debate. Instead, listen and learn. Be open to expanding your POV which is required for success.

Remember, all ideas are not created equal. Some are good and some are simply bad ideas. Yet, there is a multitude of good ideas that should be pursued. But, to be successful, need a committed team, great communication, and expanded POV for what is possible.

Jeannette Seibly is an award-winning champion for people and results. For the past 26 years, she has guided bosses and teams to excel in implementing great ideas. Contact Jeannette today for straight talk with dynamic results.

Is your team over budget and missing their milestones? Do you know why? http://ow.ly/Maox30oTBr6