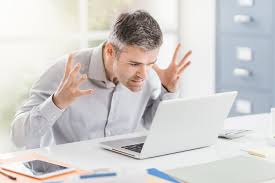 Your words as a leader are heard louder and felt deeper than when someone else expresses the same thing. While it only takes a second to blurt out a blunder, it can take hours, weeks, and even years for your team members to forget…if they ever do.

How to Avoid Blunders You Can Never Undo

Whenever team members express their ideas, uttering these words are hurtful. In the future, team members will withhold sharing their thoughts, opinions, and feelings for fear of being called or feeling “stupid.” While you may not want to hear everyone’s ideas, you will miss out on valuable information if you don’t allow others to share in their own way. Instead, focus your team by saying, “that’s interesting…how would that work?” Remember, the brainstorming process is about generating ideas and feeling valued, not stupid.

When your team is underperforming, it could be only one or two team members creating the problem. Yet, when you express this sentiment, everyone takes it personally. Even if you think it, don’t say it. Instead, investigate why the team as a whole is not working well together. Is it poorly designed meeting agendas, pie-in-the-sky action plans, or the wrong task assignments? Then, provide training and development to get everyone on the same page. During the process, you will uncover the real issues. Be prepared to have tough conversations without blaming others.

Did you know according to Gallup that over 70% of employees are in jobs that don’t fit them including leaders? As a leader, when you “hate” something, you will not provide the level of direction, make good decisions, or be willing to go beyond the norm. Also, these words, “I hate …,” will be remembered for a long time and supporters may regret working for you. Remember, these same people may be in a position in the future to hire you or your new employer after you lose your current job.

Asking a woman when her baby is due is a no-no. While you may believe it’s an obvious question to avoid, many men and women do ask. The only people that should ask this question are first responders when called to the scene or when the soon-to-be mother has told you she’s expecting a baby. Otherwise, you will learn the hard way (including being named in a lawsuit) that the woman had gained 25 pounds due to a medical issue.

Don’t burn bridges. While you may not enjoy working for the company, executive team or board, it’s important to keep this thought to yourself. Usually, this sentiment is expressed when you’ve been fired or you’ve been caught violating a policy (again). Stay silent instead of expressing your upset. Listen and learn. Then, talk it out with your executive coach or therapist to gain a healthy perspective of what to do next.

6. “My boss or board is a moron…jerk…narrow-minded (the list is endless)”

When you insult a person’s level of intelligence because you don’t agree with their decisions or they refused to hear your POV, it will come back to haunt you. There will be times when you want to criticize someone’s leadership style. STOP! Talk out the issues and your frustrations with your executive coach first. Then, turn this opportunity into a learning moment of how to work well with leaders you don’t like or respect.

When tragedy, terminal illness, a spouse or child dies, or a life difficulty happens to one of your team members, saying nothing is not the right thing to do. While it may be hard to know the right things to say, saying something is better than saying nothing. Pick up the phone (don’t rely on texts or emails). Let the person know, “I’m sorry” or “My thoughts are with you” and “Let me know if you need anything.” You only have this one chance to let the person know they are a valuable member of your team. Your effort, or lack of, will be remembered for a long time.

Jeannette Seibly is an award-winning dynamic results coach and keynote speaker. For the past 27 years, she has guided the creation of leaders to excel in achieving results. Are you ready for an unprecedented 2020? Contact Jeannette today for straight talk with dynamic results. Don’t forget to listen to her podcasts on Anchor.FM or YouTube.com.